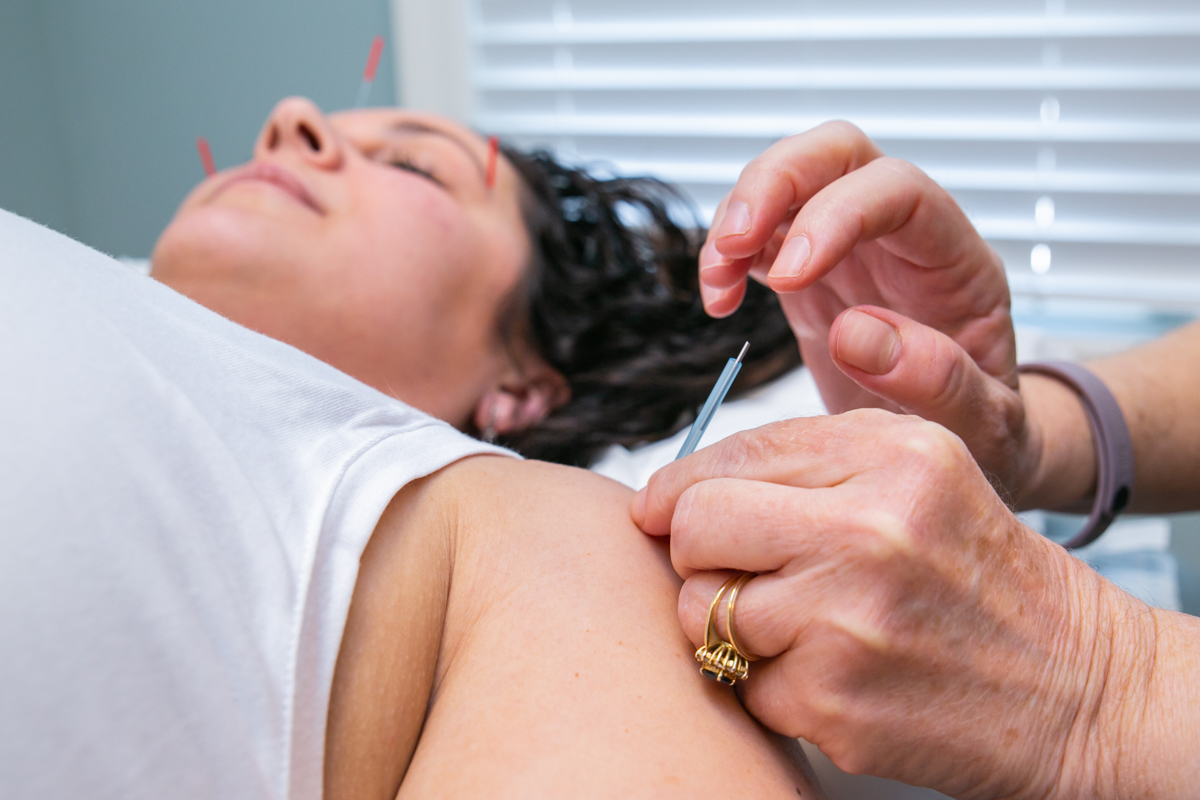 For thousands of years, doctors in China were observing how the human body works and developing theories and strategies to treat ailments of all sorts. Many Westerners are now familiar with acupuncture and think of it mainly as a means to treat pain, although it is also very useful for a wide range of conditions.

In Chinese medicine, the body is seen as a microcosm of the outer world. When everything is calm and peaceful in nature there is balance in water, fire, earth, etc. When the balance is disturbed there can be fires, floods and landslides. In a similar way, the body has heat, moisture and solid form that can be thrown out of balance by various means. Acupuncture looks to restore balance to re-establish peace in the body.

In simple terms, the reason for pain is the stoppage of flow in the affected area. There is flow of blood and also of qi, which is defined as the vital energy that animates the body. The acupuncture diagrams showing lines all over the body illustrate the major pathways through which qi moves to different regions of the body. These have been sensed by the sages and written about for centuries. The blood is said to follow the flow of the qi.

The more complex question involves what caused the stoppage? In the case of an accident, the trauma to the body interrupts the flow of the qi and/or blood. The qi pathways are either disrupted so they are outside of their normal route or they are cut off altogether. If the pain is sharp and severe, the blood has stopped moving as well as the qi.

An example of when the flow of qi is impacted is during cold, damp weather. During this time, our joints tend to hurt and ache. When a joint has been injured or is weak, the cold, damp air from the environment invades the weak space and becomes lodged. This blockage interrupts the flow of qi and needs to be resolved to restore normal flow and eliminate pain.

How are acupuncture points chosen for treatment?

Determining acupuncture points rely on both what the patient describes as well as what the acupuncturist observes.

If the pain moves around from place to place, it is said that the wind has invaded. While this might be more of a metaphor, the information would lead the acupuncturist to choose points that treat wind. It sounds weird, but it works!

Heaviness in a body part usually indicates dampness. If it is in the head, it is more likely from the environment, but if it’s sciatic pain it is said to result from internal dampness which builds up when organs are not operating at their optimum. This would assist in determining the acupuncture points chosen.

Dull pain with an empty feeling is often said to be caused by weakness. Where the weakness is coming from requires questioning about the various systems of the body.

Pulling pain can be caused by lack of nourishment of the muscles and tendons. Likely causes of that might be a lack of fluid or blood, determined after questioning and checking of signs and symptoms.

Aside from pain, are there other determinants for healing?

This is not an exhaustive list. Each person is a little different and there also might be multiple causes of a particular pain.

So pain is not just pain. Observing the feelings and sensations you experience can unlock the way to re-balance the body and resolve what’s hurting you.

This is why acupuncturists like me along with the whole team at Comprehensive Medical Care perform complete evaluations getting to the root cause of the problem in order to help our patients heal. To schedule an appointment, call our team at 732.352.3559

Waking Up With a Crick in the Neck?

Neck pain can pop up overnight, sometimes, without any inciting events. The severity of the…

During this month, the American Heart Association will focus on women with “Go Red for…